You have all heard the statement “you have to eat an alkalizing diet to balance your pH; it is one of the most important foundations for your health!”… but why?

Numerous claims have been made about alkalizing diets and balancing pH to support health and healing. The most sensational claims outpace the science that is available, while those who discredit an alkalizing diet, fail to recognize the wide-ranging benefits that people can attain from implementing this simple step.

How does Alkalizing work?

Well, while the pH of citrus fruits as food is low or acidic, when citrus fruits are combusted in a high-pressure oven, they leave behind residue or ash that when combined with neutral water creates an alkaline solution. These high-pressure ovens are known as bomb calorimeters and are also used to determine how many calories are contained in a given food or meal. This is useful because your own body, and digestive systems, in particular, are similar to hot ovens, burning up the fuel we ingest. Albeit, your digestive system is more of a chemical oven than a temperature oven, this method of measurement has been a widely accepted and validated tool for nutritional science. That being said, you can now understand why we refer to foods or products as “alkalizing” or “alkaline-forming” rather than “alkaline.”

What foods are Alkalizing or Alkaline-forming?

Vegetables and plant nutrients are considered alkalizing, as are foods rich in minerals such as potassium, calcium, and magnesium. Some examples are kale: a mineral-rich, leafy vegetable that contains all of the above minerals as well as important plant nutrients; broccoli: a cruciferous vegetable that is also mineral-rich, with phytonutrients found to support hormone health; not to mention spinach, celery, lettuce, cabbage, and Swiss chard.

An important fact to point out: since food-serving recommendations have begun, no health organization, policy, rational health practitioner or author have ever suggested limiting these types of foods for better health! In fact, over the last several decades, the one piece of dietary advice given by all experts is that you need to eat more plant nutrients with some health experts now considering nine servings of vegetables per day to be optimal. A serving is considered to be about a handful in most cases: a piece of broccoli the size of your fist, a handful of spinach, or a carrot, meaning a total of nine per day would equate to two dinner plates of vegetables. It doesn’t appear that the recommendations will ever go lower, while grains, dairy, fruit and animal protein including fish, (acid-forming foods), have all seen recommendations for reduced consumption. Foods aren’t the only concern, acid-forming liquids are as big if not a bigger issue as they include alcohol, coffee and many sodas. Apart from adding to the acidic environment in the body, consumption of these beverages often means reduced intake of water and some juices that promote alkalinity! Where do nuts, seeds, and most legumes fall? Probably in the same category as vegetables but there isn’t complete agreement as some intolerances or allergies exist and some dietary recommendations avoid these foods. FYI Nuts and seeds cross the entire pH spectrum with almonds being alkalizing and walnuts being acidifying. Legumes are primarily acidifying.

For a full list of alkalizing and acid forming foods go to: http://rense.com/1.mpicons/acidalka.htm

What does alkalizing achieve?

When the body is alkaline it:

✓ Retains minerals important for a myriad of reactions in the body*

While the above benefits are reason enough, it has been proposed by some people in the alternative medical field that an alkalizing diet can treat or prevent cardiovascular disease and/ or cancer and should also be employed by those who suffer any one of a number of lifestyle conditions such as fatigue, hormone problems, urinary tract infections, arthritis, gout, acid reflux, infertility, kidney stones and reduced bone mineral density. However, unfortunately, science hasn’t yet addressed these questions conclusively. One of the problems when talking about alkalinity, much less researching it, is having some solid definitions on what will be measured. Most studies have looked at changing the pH of urine as the primary outcome. This can be problematic as urinary pH is affected by a myriad of physiologic functions including absorption of nutrients and actual nutritional composition of food. Because both of these factors vary substantially, no firm conclusions can be reached as such a wide range of individual states exist from person to person. However urinary pH is still used as a marker by conventional physicians for conditions such as kidney stones and recurrent urinary tract infections. While medication is often given in place of dietary advice, some physicians continue to suggest that patients increase consumption of alkalizing foods and foods that contain potassium and magnesium. The pH of blood is even harder to use as a marker as it is tightly regulated by your own body. One theory that has gained ground is that in order to maintain such a small pH range in our blood, the body must “rob” minerals from bones (the body’s storage areas for minerals) to buffer excess acid. This has led the Academy of Nutrition and Dietetics to suggest that foods high in potassium and magnesium may decrease the risk of osteoporosis through alkaline ash production. Importantly, most clinicians who are paying attention to acid-alkaline balance will look at all contributing factors to pH levels in the body, rather than simply using urine or blood analysis, and we believe you should do the same.

So with some foods that are acid forming, others alkalizing, what is the right balance? One example of a dietary guideline that resonates well with several theories and us is that ratio of 3:1 of alkalizing foods to acidifying foods. So for every serving of acidifying food, you should enjoy 3 servings of alkalizing foods. Most of us recognize the value of protein in our diet. It satisfies cravings, creates a sense of fullness, does not increase our blood sugar and is the building blocks of most tissues including bone and muscle and signalling substances such as hormones, immune modulators and neurotransmitters. However, according to acid-alkaline balance theory, protein, especially animal protein is acid-producing. Thus, for every serving of protein, the easy to follow ratio suggests three servings of alkalizing foods. Interestingly when you speak to proponents of protein-based diets they suggest three servings of protein about the size of the palm of your hand per day while alkalizing diet proponents recommend nine servings the size of your palm - exactly mirroring the 3:1 ratio.

Yet due to serving sizes is the US often being larger than a palm and many people already in a highly acidic state, traditional alkalizing diets have often swung to the extreme and suggested the removal of meat, poultry, cheese, and grains completely. In some cases temporarily and others more permanent depending on your own current individual acidic/alkaline state. Interestingly, there have been dozens of health benefits seen from diets which exclude certain grains, particularly gluten-containing grains, for specific health conditions unrelated to acidity. An ever-growing population also seems to be sensitive to some of the proteins in cheese and dairy; however, whether the health benefits are from increasing alkalinity or removing food allergens is still up for debate. The story with meat and poultry is also complicated. High protein diets containing only “clean” animal protein, free of hormones or antibiotics i.e. grass-fed beef, game meats, and free-range poultry, contain very different ratios of omega fatty acids and less toxicity. They also have less acidifying effects than a diet containing conventionally raised animals or birds that are often corn, soy, or grain-fed. However if you go back to the original 3:1 ratio, combined with some better choices within that 3:1 you are well on the way to an alkaline system.

But what if you can’t do that every day?

What if you can’t eat enough green leafy vegetables, reduce your coffee enough, go out for a weekend celebration?

This is when adding Sole to your purified water and a highly concentrated alkalizing supplement can make a huge impact on tipping the scales back in your favor:

About the Author: Dr. Corey Schuler serves as Director of Education for Natural Health International, a leading nutraceutical company dedicated to foundational health and natural alternatives for hormone balance. Dr. Schuler also teaches at the School of Applied Clinical Nutrition of New York Chiropractic College. He serves on a number of medical advisory boards in addition to maintaining a private practice at the Metabolic Treatment Center in Bloomington, Minnesota. Dr. Schuler is a licensed nutritionist, boardcertified nutrition specialist, and chiropractic physician. He earned a B.S. from Valparaiso University, an M.S. in human nutrition from University of Bridgeport, and a D.C. from Northwestern Health Sciences University. 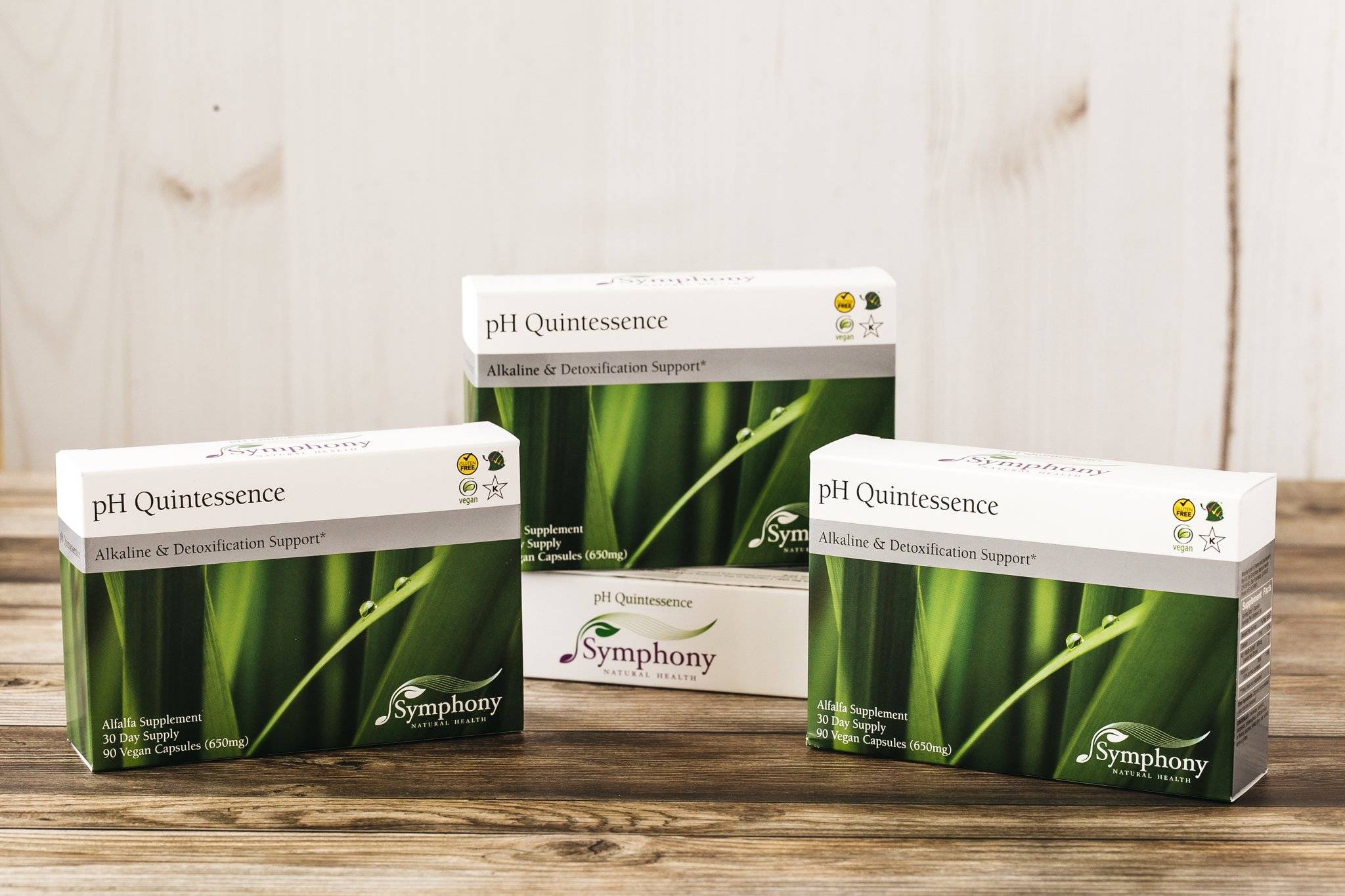 BUY 2 GET 1 FREE, plus FREE shipping